by Betty Miles, from Free To Be...you And Me

Once upon a time, not long ago, there lived a princess named Atalanta who could run as fast as the wind.

She was so bright, and so clever, and could build things and fix things so wonderfully, that many young men wished to marry her. 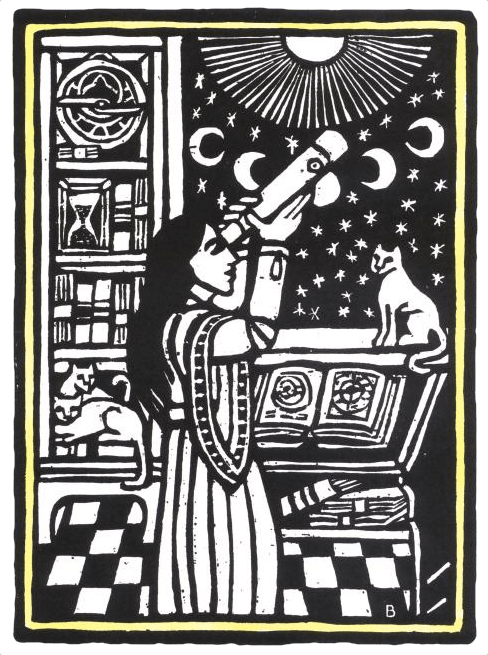 “What shall I do?” said Atalanta’s father, who was a powerful king. “So many young men want to marry you, and I don’t know how to choose.”

“You don’t have to choose, Father,” Atalanta said. “I will choose. And I’m not sure that I will choose to marry anyone at all.”

“Of course you will,” said the king. “Everybody gets married. It’s what people do.”

“But,” Atalanta told him, with a toss of her head, “I intend to go out and see the world. When I come home, perhaps I will marry and perhaps I will not.”

The king did not like this at all. He was a very ordinary king; that is, he was powerful and used to having his own way. So he did not answer Atalanta, but simply told her, “I have decided how to choose the young man you will marry. I will hold a great race, and the winner – the swiftest, fleetest man of all – will win the right to marry you.”

Now Atalanta was a clever girl as well as a swift runner. She saw that she might win both the argument and the race – provided that she herself could run in the race. too. “Very well,” she said. “But you must let me race along with the others. If I am not the winner I will accept the wishes of the young man who is.”

The king agreed to this. He was pleased; he would have his way, marry off his daughter, and enjoy a fine day of racing as well. So he directed his messengers to travel throughout the kingdom announcing the race with its wonderful prize: the chance to marry the bright Atalanta.

As the day of the race drew near, flags were raised in the streets of the town, and banners hung near the grassy field where the race would be run. Baskets of ripe plums and peaches, wheels of cheese, ropes of sausages and onions, and loaves of crusty bread were gathered for the crowds.

Meanwhile, Atalanta herself was preparing for the race. Each day at dawn, dressed in soft green trousers and a shirt of yellow silk, she went to the field in secret and ran across it – slowly at first, and then faster and faster, until she could run the course more quickly than anyone had ever run it before.

As the day of the race grew nearer, young men began to crowd into the town. Each was sure that he could win the prize, except for one; that was Young John, who lived in the town. He saw Atalanta day by day as she bought nails and wood to make a pigeon house, or chose parts for her telescope, or laughed with her friends. Young John saw the princess from a distance, but near enough to know how bright and clever she was. He wished very much to race with her, to win, and to earn the right to talk with her and become her friend.

“For surely,” he said to himself, “it is not right for Atalanta’s father to give her away to the winner of the race. Atalanta must choose the person she wants to marry, or whether she wishes to marry at all. Still, if I could only win the race, I would be free to speak to her, and ask for her friendship.”

Each evening after his studies of the stars and the seas, Young John went to the field in secret and practiced running across it. Night after night, he ran fast as the wind across the twilight field, until he could cross it more quickly than anyone had ever crossed it before.

At last the day of the race arrived.

Trumpets sounded early in the morning, and the young men gathered at the edge of the field, along with Atalanta herself, the prize they sought. The king and his friends sat in soft chairs, and the townspeople stood along the course.

The king rose to address them all. “Good day,” he said to the crowds. “Good luck,” he said to the young men. To Atalanta he said, “Good-bye. I must tell you farewell, for tomorrow you will be married.”

“I am not so sure of that, Father,” Atalanta answered. She was dressed for the race in trousers of crimson and a shirt of silk as blue as the sky, and she laughed as she looked up and down the line of men.

“Not one of them,” she said to herself, “can win the race, for I will run as fast as the wind and leave them all behind.”

And now a bugle sounded, a flag dropped, and the runners were off!

The crowds cheered as the young men and Atalanta began to race across the field. At first they ran as a group, but Atalanta soon pulled ahead, with three young men close after her. As they neared the halfway point, one young man put on a great burst of speed and seemed to pull ahead for an instant, but then he gasped and fell back, Atalanta shot on.

Soon another young man, tense with effort, drew near to Atalanta. He reached out as though to touch her sleeve, stumbled for an instant, and lost speed. Atalanta smiled as she ran on. I have almost won, she thought.

But then another young man came near. This was Young John, running like the wind, as steadily and as swiftly as Atalanta herself. Atalanta felt his closeness, and in a sudden burst she dashed ahead.

Young John might have given up at this, but he never stopped running. Nothing at all, thought he, will keep me from wining the chance to speak with Atalanta. And on he ran, swift as the wind, until he ran as her equal, side by side with her, toward the golden ribbon that marked the race’s end. Atalanta raced even faster to pull ahead, but Young John was a strong match for her. Smiling with the pleasure of the race, Atalanta and Young John reached the finish line together, and together they broke though the golden ribbon.

Trumpets blew. the crowd shouted and leaped about. The king rose. “Who is is that young man?” he asked.

“It is Young John from the town,” the people told him.

“Very well. Young John,” said the king, as John and Atalanta stood before him, exhausted and jubilant from their efforts. “You have not won the race, but you have come closer to winning than any man here. And so I give you the prize that was promised – the right to marry my daughter”

Young John smiled at Atalanta, and she smiled back. “thank you, sir,” said John to the king, “but I could not possibly marry your daughter unless she wished to marry me. I have run this race for the chance to talk with Atalanta, and, if she is willing, I am ready to claim my prize.”

Atalanta laughed with pleasure. “And I,” she said to John, “could not possibly marry before I have seen the world. But I would like nothing more than to spend the afternoon with you.”

Then the two of them sat and talked on the grassy field, as the crowds went away. they ate bread and cheese and purple plums. Atalanta told John about her telescopes and pigeons, and John told Atalanta about his globes and his studies of geography. At the end of the day, they were friends.

On the next day, John sailed off to discover new lands. And Atalanta set off to visit the great cities.

By this time, each of them has had wonderful adventures, and seen marvelous sights. Perhaps some day they will be married, and perhaps they will not. In any case, they are friends. And it is certain that they are both living happily ever after.